AFRICAN RIDDLES CAN HELP IN THE FIGHT AGAINST HIV/AIDS 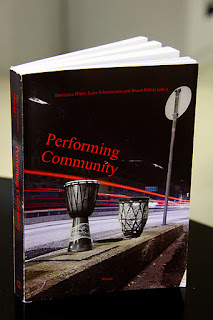 RIDDLING should be adopted as a dependable and sustainable mode of communication in the face of HIV/Aids that is devastating most families in Africa, suggests a new collection of essays on the traditional oral heritage in Uganda.

“…Riddles offer an advantageous escape route in that they are witty, provocative, exploratory, playful is yet serious in the way they expose matters to the core for those who understand them.” Cornelius Wambi Gulere observes in his essay, ‘Riddling and Taboos: Exploring Boundaries in Discussing Reproductive Health.’

Riddle discourse knows no taboo and no status, age or sex boundaries. Children and adults alike participate actively or passively in riddling depending on the prevailing context. The riddle is manifested in the forms of embedded metaphor, puzzle, wordplay, insult, pun, tongue-twister, proverb, narrative, material and non-material non-verbal elements within the speech act, Gulere argues.

The misleading assumption that riddles are for children to play with should be done away with. All people, young and old and in different professions and lifestyles, should invest time and resources in riddle discourse so that tensions and misconception born in plain language can be overcome. Riddling should be embraced as an important part of language learning, communication skills training and education in all learning centres, Gulere suggests.

“Although reproductive health is an important concern in African communities, issues of sex and sexuality are considered taboo and better not talked about or discussed in many families. This is exhibited in the way children and adults shy away and feel uncomfortable when words on the subject of sexuality are used…,” Gulere observes.

In most African societies, sex is not to be suggested, discussed or directly spoken about in public, let alone among children. It is treated as pornographic or obscene to explicitly or suggestively use language and imagery with sexual undertones, Gulere adds.

The call by governments for straight talk during sex education, and for parental guidance and counseling to begin as early as pre-primary school, is great challenge, he admits in the essay published in the book, ‘Performing Community’ edited by Dominica Dipio, Lene Johannessen and Stuart Sillars.

The essays in this book are the first fruits of collaboration between the Universities of Makerere and Bergen in Norway. Varied in approach and technique, they offer a insistent and reflective probing into the relations between individual and community, tradition and modernity, and African and western outlooks. There are twelve essays falling in the themes of kinship, authority and resolution, folklore and transmission of wisdom, change and assimilation, parallel formations, children and adults.

“…Efforts by governments and parents to inform and safeguard their children against the scourge of HIV/Aids are plagued by fear, shyness, shock, shame, ignorance, faith restrictions and fallacies, all of which are polite responses to what we define as taboo in this paper. That is, untouchable or no-go no-say, no-speak-about situations,” Gulere argues.

Within the feminist and women’s liberation movement, direct sexual language is seen as sexual harassment. Even though sex and sexuality are at the core of human existence, growth and development, and constitute a core principle upon which human thought and actions are based, it is seen as taboo to think about or discuss its natural influences. It is usually when the liberating power of riddling comes into play that people feel the freedom to express themselves publicly on these matters,” Gulere adds.

Issac Tibasiima’s essay, ‘The Concept of Power in the Praise Poetry of the Batoro,’ discusses the relationship between praise of poetry and the concept of power. Praise poetry is looked at not only as a means of giving and confirming, but also negotiating power between the praise giver and the subject of praise. The essay deals with praise poetry forms that are an essential part of the oral traditions of Tooro Kingdom in western Uganda known as ebihaiso. His main argument is that praise reflects power as a productive force that shows how people perceive their reality and life as a network of relationships that are intrinsically rewarding.

“’Engabu’ is poetry recited by men who have established themselves with brave acts and therefore quality to be called ‘Emanzi’ (the heroes). The recitation is normally a public acclamation that shows the degree to which the hero’s acts of bravery are recognized by his society…”

“Praise poetry among the Batoro is thus a show of personal achievement. The recitations take place because the poet wants to be recognized by the king and the community, which is why it is performed in public. …There is no special position in Toro for a royal court poet because the king recognizes whoever is able to show their own bravery and achievements… The poet is in essence trying to establish his own space that must be recognized as an exceptional human being and not just an ordinary one. This poetry is never performed during death and funeral ceremonies.”

“’Enanga’ on the other hand is slower and more composed poetry. Women perform this type of poetry; it is sung with the help of a small harp called an ‘enanga’ from which it derives its name. Sometimes the poetry may be recited without the instrument, with a group of choristers… This poetry deals mainly with historical events for example the start of the kingdom, past war memories, and stories of heroes from the past and the present. It is passed on from one generation to another from mothers to their daughters.”

Today the roles are changing with men reciting the enanga consciously of the fact that it’s a female domain. While on the other hand, women reciting the male genre of the engabu are not willing to be acknowledged. “…Women who have willingly given these recitations have preferred to stay anonymous, however, because they feel it is not their domain and they would prefer to stay in the confines of their traditions. In its subtle presentation, this too is a power shift,” Tibasiima notes.

“Power is a complex concept because each of the participants seeks ways of recognition and identification. It is not vested in the hands of one individual but each must be able to move to the space of the other and then back to their position…,” he adds.

Ends.
Posted by Bamuturaki MUSINGUZI at 2:48 AM